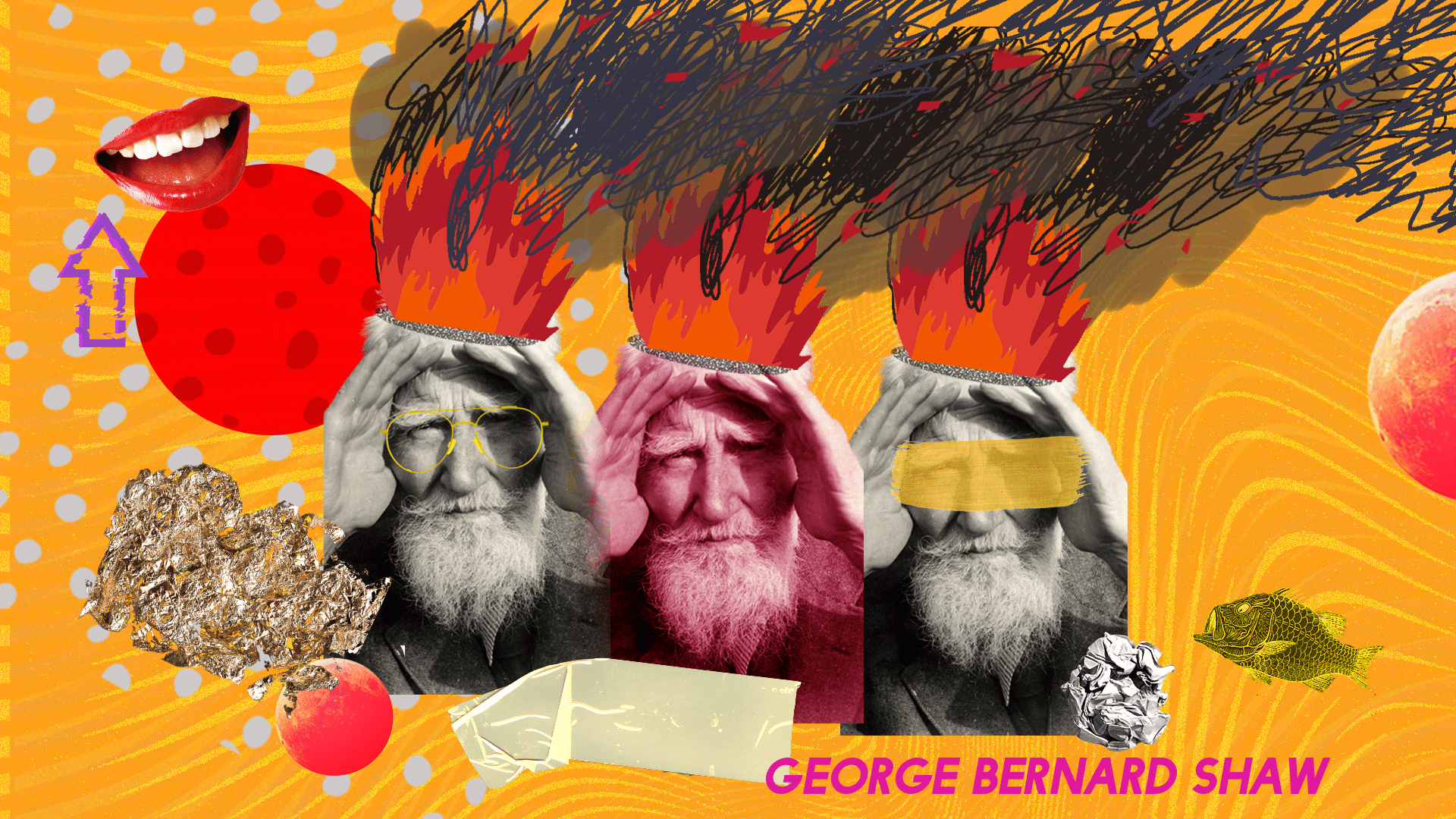 Lessons from a Critic: 7 Crucial Tips by G. B. Shaw

George Bernard Shaw was a legend of late 19th century art criticism, as a supremely opinionated writer on drama and music, who pulled no punches with his pen. He started getting his first reviews published when he moved to London in 1876, writing under the pen-name “ghost” for The Hornet. While working on his career as a novelist and a dramatist, he later wrote for papers such as Dramatic Review, Magazine of Music, Pall Mall Gazette, The Saturday Review, The Star and The World.

If you’re hesitantly stepping into the world of music writing, be it reviews, criticism, essays or features, you’d do well to heed Corno di Bassetto’s advice. Here’s what he’d have to say.

“There’s nothing worse for a critic than to be full of respect.”

While it’s understandable you’d like to spare the musicians’ feelings, and it’s true they occasionally do need to be cut some slack, you’d ultimately be doing a disservice to both yourself and the artist if you always shower them with lukewarm, clichéed praise.

Shaw was a great proponent of “no holds barred” criticism, arguing that a music writer can’t be part of any fanclub; instead, he advised they be – in an interesting reversal of the old Musketeer adage – against all, and all against them.

Maybe just don’t go as far as the writer did here, though: “… enough of Rossini… I cannot say ‘Rest his soul’, for he had none; but I may at least be allowed the fervent aspiration that we may never look upon his kind again.”

“The critic who is modest is lost.”

Crack open a non-music related book once in a while. The best music critics are those who read outside of their field – same goes for most writers really. Besides his illustrious career in music criticism, Shaw wrote himself into history as a novelist, political essayist and playwright, and one who exhaustively read anything that would come his way, from newspaper headlines to promotional posters.

It’s often the most surprising places you’ll find just the right word – and Shaw had plenty of right words.

Particularly inventive, for example, was a barrage of phrases he spilled in his review of a certain production of Les Huguenots, claiming that the “barbarous” alterations made to the score resulted in a “reckless mutilation” of the music, leaving it “tastelessly curtailed.” Another vivid criticism was a comment made in regards to one’s singer ornamentation, delivered “in a series of spasmodic expirations” (it’s like we were there!).

Shaw was colourful in his praise, too – like in this description of one Madame Grondahl’s performance: “I was consoled by a human caress after an angelic discourse.”

3. Get out there against all odds

Believing one must always adapt to one’s circumstances, Shaw understood that a critic’s life is always in motion, sauntering from one music hall to the next, just to later indiscriminately shit on both in his reviews. He sometimes took it to extremes, like in one anecdote he shared in his column for The World, where he spoke about not even the flu stopping him from doing his rounds around town.

Itching to cement his hard man status, Shaw talked about exposing himself to cold morning air and bathing in exclusively cold water; taking strolls from St. James Hall through Ridgent Street; laying down in the street for a little rest if the exhaustion proved to be too much (… dude…).

Without wanting to repeat Shaw’s medical advice (it’s not great), let’s try to spin this into a lesson of a different kind. Always keep moving and keep your horizons open; go to that boring-sounding concert or listen to an artist who seems to be just a bit out of your lane, even if you don’t feel up to it – it might be the greatest thing you hear, at least this week.

A critic’s life is not their own; it consists of, and entirely revolves around, concert schedules, premiere dates and publishing deadlines.

Shaw himself, much dissatisfied by this fact, complained of the situation in one of his articles, comparing his work schedule to other, more proper 9-to-5 folk, citing ultimately that at one point he willfully and stubbornly decided to take a break against all odds with the immortal words: I decided I would rather die than do any more work.

5. Accept your role and carry it out with pride

Shaw much mused on his status as a music critic, and spent a lot of time arguing the cases for and against the profession, bemoaning its poor status in society in general. What he found amongst the more upsetting points is that the job itself, when done properly, attracts more negative than positive attention (those with even a cursory knowledge of the Swiftie cult will testify to this readily).

Inspired by some such occurrence in September of 1890, he wrote:  “… a criticism written without personal feeling is not worth reading. It is the capacity for making good or bad art a personal matter that makes a man a critic. (…) The true critic, I repeat, is the man who becomes your personal enemy on the sole provocation of a bad performance, and will only be appeased by good performances.”

It’s not enough for you to humbly accept you are now part of the dregs of musical society as a whole – for you to flourish as a critic, it’s important to take pride in what you do.  Shaw took an immense amount of it, and had a rare understanding of the craft that comes into art critique, mentioning once that he meant to take in apprentices, teaching them various writing techniques and specifics of art theory and aesthetics.

6. Don’t be afraid of the music

“…although I never acquired any technical skill as a pianist, and cannot to this day play a scale with any certainty of not foozling it, I acquired what I wanted: the power to take a vocal score and learn its contents as if I had heard it rehearsed by my mother and her colleagues.”

The best critics seek to understand music and music performance not only through observation and analysis, but through bravely going at it themselves. Shaw himself had a rocky path to understanding music the way he did in his maturity. Here he details his beginner’s struggles to learn piano by himself:

“Meanwhile nobody ever dreamt of teaching me anything. At fifteen, when the family broke up, I could neither play nor read a note of music. Whether you choose to put it that I was condemned to be a critic or saved from being an executant, the fact remains that when the house became musicless, I was forced to teach myself how to play written music on the piano from a book with a diagram of the keyboard in it or else be starved of music. (…) In desperation I bought a technical handbook of music, containing a diagram of the keyboard. I then got out my mother’s vocal score of Don Giovanni, and tried to play the overture. It took me some minutes to arrange my fingers on the notes of the fIrst chord. What I suffered, what everybody in the house suffered, whilst I struggled on, laboring through arrangements of Beethoven’s symphonies and vocal scores of all the operas and oratorios I knew, will never be told. In the end I learnt enough to thumb my way through anything.” (Shaw’s Music: The Complete Musical Criticism in Three Volumes, The Bodley Head, 1981 edition, vol. 1, pg. 43-44.)

7. Admit to your mistakes

Lastly, while you should, according to Shaw’s suggestions, trust your gut and inform your writing with decisiveness and passion, it’s sometimes okay to go back, revise and review your thoughts, allowing for both of your impressions – the old and the new – to subsist independently.

Shaw himself, in special cases, went back and redacted his own words, sometimes even harshly judging his previous opinion. The composer he wronged the most in his initial reviews seemed to be Brahms, whose work he adorned with choice words such as “execrably and ponderously dull”, “unspeakable” and “most abominable”, adding in his most famous critique of Brahms’ Requiem, that it was a work “patiently borne only by a corpse”.

In later years, Shaw bravely revised his previous dismissals of Brahms’ talent, adding new thoughts to his initial reviews in the first edition of Shaw’s Music in 1936, paraphrased here: The hasty – lest I say foolish – review above should, I hope, serve as a warning to those critics who think they know too much. (…) I did not yet understand Brahms’ peculiar way of expression. I apologize. 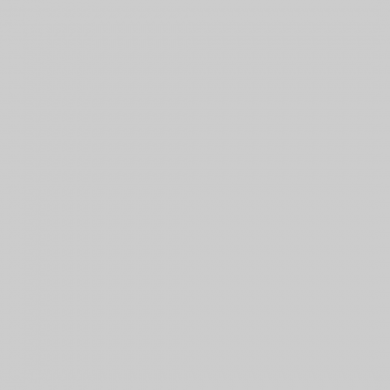